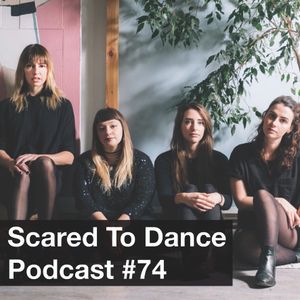 Our monthly new music selection is back as we pick the best tracks for our podcast.

Totally put out "Moonlit Memory" on 7" and we lift "Not My Baby" from the exceptional sophomore album from Alvvays.

Ski Saigon play our gig night at The Victoria tomorrow and we have the superb "Iran Tourist Dream". Firestations are readying their second LP out soon on Lost Map and we preview it with "Build a Building".

Spinning Coin have released one of our picks of the year with Permo and we take "Sleepless" from that alongside "Tailwind" by Elva.

Courtney Barnett & Kurt Vile give us "Continental Breakfast" whilst Ezra Furman returns with "Love You So Bad". Plus we have the latest from Joan As Police Woman, Django Django and The War on Drugs.

I love this podcast :)