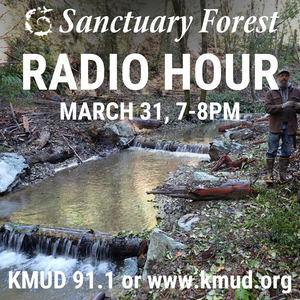 Sanctuary Forest hosts April Newlander and Anna Rogers are joined by special guest Rondal Snodgrass for a short tribute to Bob McKee, one of Sanctuary Forest’s founding members. Anna and April also give an update on our upcoming hike season and some exciting new projects on the horizon, and are also joined by Justin Crellin from the Friends of the Lost Coast. They also give a short update on the drought and the state of the Mattole River, as well as the PG&E enhanced vegetation management project currently affecting Southern Humboldt.