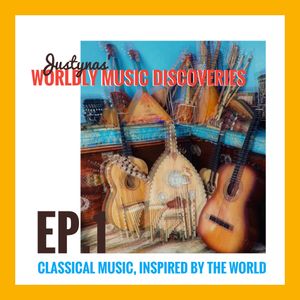 Such a brave excursion into classical musical motifs steeped with the influence of an idea of the East whether Near or Far. The music flies like a boomerang back into time and revolves back into the present of their era and in its sound moves even forward to ore present. A bravura mix of the most indefatigable in Classical music.