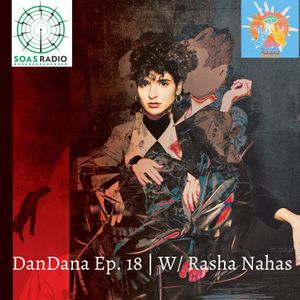 On top of the high mountains of Haifa, by the Mediterranean sea there lies a vibrant scene of Palestinian music, from which singer songwriter Rasha Nahas emerged. With her guitar and poetic voice, Rasha’s music talks about the personal, political, space, movement and emotions.

On the eve before the release of Rasha Nahas’ debut album, DanDana host and producer Christina Hazboun delves with Rasha Nahas into the music scene in Haifa, what tunes inspired her and what magical ingredients Rasha has sprinkled into her debut album Desert.