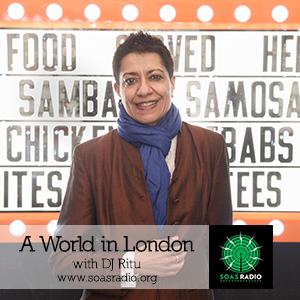 Every date with Joji Hirota on AWIL is a blessing and on this occasion we caught him in a reflective mood. Joji is just back from Genoa where he’s been producing a debut album for Taiko group Kyo Shin Do. He’s full of praise for them and thoroughly excited about ARC Music releasing their CD later this year - Joji knows a thing or two about percussion given that he’s the maestro behind the brilliant London Taiko Drummers which he formed in the 80’s.