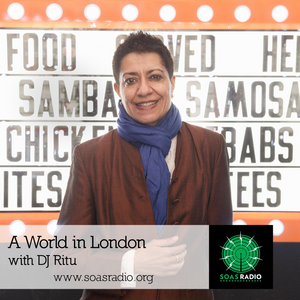 Iconic singer/composer Najma Akhtar’s star-studded career has spanned over three decades and eight albums, and on Friday December 6th she’ll perform at the prestigious SOAS Concert Series in the Brunei Gallery, London. In this exclusive & revealing interview on A World in London at SOAS Radio, Najma charts her journey from her 1987 debut album, Qareeb (a timeless classic setting the stage for a new era of Indo-Jazz fusion) and her first appearance for WOMAD at Glastonbury Festival, through to her many collaborations with leading music artists including Robert Plant, Jimmy Page, and Jah Wobble. Najma’s new album, Five Rivers, will launch next year in April, so go and see her now!!