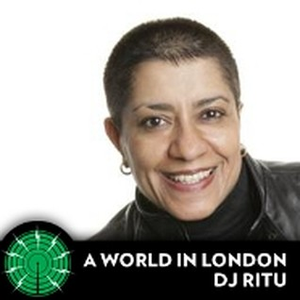 Jaakko Laitinen nipped over to A World In London from Helsinki with an exclusive copy of his new single Naamioleikki! The charismatic band leader of Väärä Raha has been in our capital for the last week playing to rapturous audiences at Rich Mix & across the city, spreading his musical menu of Lapland folk, tinged with Russian, Balkan, and Middle Eastern vibes. I first met Jaakko in 2011 when we were both performing in sub-zero temperatures at Tallinn Music Week. We’ve stayed in touch ever since and along the way Jaakko has produced three wonderful albums, with a fourth due later this year. Together with Väärä Raha, Jaakko is a seasoned traveller, and his infectious blend of vox, accordion, trumpet, bouzouki and double bass has taken him to many far-flung corners of the globe, including Kazakhstan and Turkey. Surprisingly this was their first trip to London, but it certainly won’t be their last! More info: www.mrjaakko.com