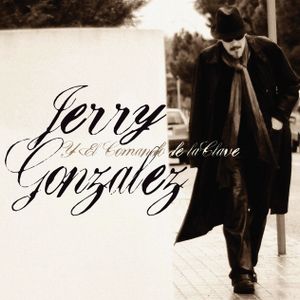 In recent years, González's most consistent work has been as the leader of his Madrid based quartet "El Comando de la Clave", as head on the recently released self titled Sunnyside CD, named 2011 Latin Jazz Album of the Year by Downbeat's Ted Panken and nominated to the Latin Grammy Awards 2012. Featuring Cuban émigrés electric bassist/vocalist Alain Pérez, pianist Javier Massó "Caramelo" and drummer Kiki Ferrer, each one an innovative stylist who has contributed to the development of the group's character, which the leader describes as being by the rhythmic roots of Los Muñequitos de Matanzas and the jazz intensity of John Coltrane.

Oh well, this is sure worth of any re-listening & should get more attention...really a very enjoyable mix , so thank you!