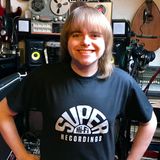 Rory Hoy is a Multi- Award Winning Music Producer/Film Maker and DJ. He has 6 critically acclaimed albums under his belt on Freddy Fresh’s Howlin’ Records label (USA) and Division Bass, plus numerous singles, EPs, remixes and collaborations on various labels worldwide and has seen praise from artists such as Fatboy Slim, Afrika Bambaata, Craig Charles, Mr Scruff, DJ Cam, Fake Blood, Ali Shaheed Muhammad from A Tribe Called Quest among others. Rory has enjoyed Djing at many Festivals and Clubs including the legendary Leeds Festival and was the Opening Act at this year’s Tour De France Fan Park playing to over 20,000 happy punters! He has also performed in Paris and is now working on Syncs for Film, TV and Adverts, having his tracks featured in 2014 by Disney, Sony BET TV, Costco in USA and the official Tour De France Documentary.

He is an energetic and crowd pleasing performer and always happy to hear from festivals and venues looking for a DJ to really get a party atmosphere going!