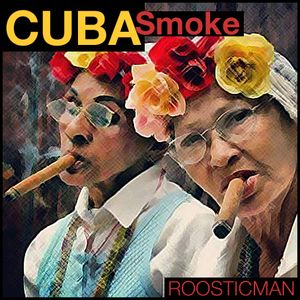 Cuba amaizing place for all his music ,people ,,,rum ,,,This is a special compilation with a colaboration of one more Great Dj Producer from Bcn also A very dynamic gig promoter www.mixcloud.com/DjAndyloop .friend of friends ,have a special touch in his own produccion and his set are near ceiling,,,,

Music By The music of Cuba, including its instruments, performance and dance, comprises a large set of unique traditions influenced mostly by west African and European (especially Spanish) music.[1] Due to the syncretic nature of most of its genres, Cuban music is often considered one of the richest and most influential regional musics of the world. For instance, the son cubano merges an adapted Spanish guitar (tres), melody, harmony, and lyrical traditions with Afro-Cuban percussion and rhythms. Almost nothing remains of the original native traditions, since the native population was exterminated in the 16th ce

Yo .. some very interesting elements .. love it brother

Is a litle bit experimental ,but i love the result , thankss super bro

the best or nothing at all....thanx bro.