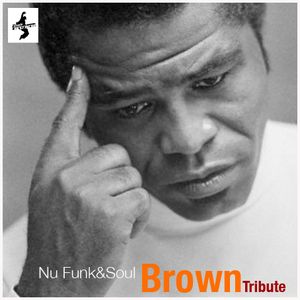 Hallo my dear friends ,what i can say about this music machine ,this is a session that we did with a univesity friends that was studing the sampling in music ,and use my Brown records and rare versions also including edit's during 80,or more later.

James Brown's records have been sampled innumerable times; in fact, according to the liner notes of this two-CD compilation, he's "the most sampled artist in history." This anthology brings together a couple dozen of his most sampled tracks, spanning 1966-1976.

The first in the wildly popular three-disc series, James Brown's Funky People is an outstandingly chunky collection that spotlights some of the many talented musicians associated with James Brown and his early- to mid-'70s People Records imprint. The material comprising this disc is split primarily between the J.B.'s, Fred Wesley both with and without the J.B.'s, and one of funk's original divas, Lyn Collins. "Gimme Some More," "Pass the Peas," "Givin' up Food for Funk ,,,,,

The Groove never stops! respect the Groove! It plays great!

The Cool and Deadly show5y ago

Some Great Selection of the Godfathers Hits and the Jb's Lovely!

Great show. I really enjoyed this. Thanks.