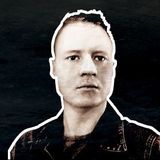 Rob Zile's first EP was released in September 2009 on Artefekz Muzik. Following this EP many doors were opened; from being asked to remix other artists to forging great relationships with other dj’s, producers and record labels from around the world. It also gave him the opportunity to play his first international gig at the WMC Techno Marathon in Miami in 2010, sharing the bill with artists such as Perc, Spektre, Oliver Giacomotto and many more.