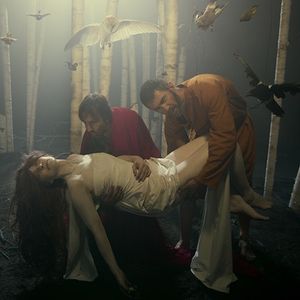 The Sound of Photography – 3rd October 2019by Resonance FM

The Cure and David Bowie.

Frank Watson examines the relationship between photography and sound. In this first show in a new series, Frank talks to Roz Mortimer (https://wonder-dog.co.uk/) about her new feature film The Deathless Woman (https://thedeathlesswoman.com/) which has its world premiere at The London Film Festival. Roz’s work focuses on expanded forms of documentary across film, photography and writing. She began working with moving image in 1995 and since then her award-winning films have been exhibited widely around the world in cinemas, galleries, film festivals, online and on television. For info visit http://thesoundofphotography.com/.