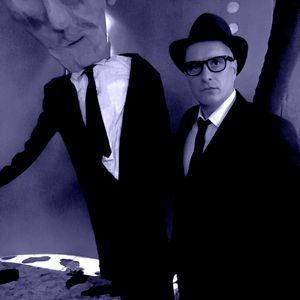 Alistair Fruish's 'The Sentence' - 7th May 2018by Resonance FM

A reading of Alistair Fruish's monumental work 'The Sentence,' recorded live at The British Library on 25 March 2018. 'The Sentence' is made up of just one sentence of 46,000 one-syllable words. It’s experimental but also a moving, beautiful and mind altering experience; a grime 'Under Milk Wood' for the 21st century. Readers: Tommy Calderbank, Cee Smith, Graham Gavin, Jeff Young, Rebecca Hearne, and members of the audience. Directed by Daisy Campbell. Recorded by Ana Bartolomeu-Martins and Clark Henry-Brown and edited by Tom Grashion. Thanks to Jon Fawcett, Head of Events, The British Library.