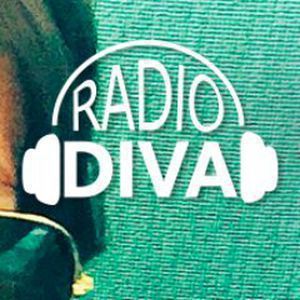 LGBT magazine series presented by comedian Rosie Wilby and actress/musician Heather Peace and supported by Diva magazine. This week they chat to writer and performer Stella Duffy about her live improvised show, 'Learning To Swim In The Abyss,' which she performs at Omnibus Theatre Clapham from 26 to 28 February; trans comedian Jordan Gray about her new Diva column; actress and singer Nicole Faraday about her new feature premiering at Cannes; and actress Naomi Paxton about her comedy character Ada Campe's appearance on the shortlist for Funny Women Best Show.

I love the questions Heather asks, they show a genuine interest and curiosity that is refreshing. It certainly seems sincere and unrehearsed. You never know where the conversation will go. I especially enjoyed Naomi Paxton and Heather's reaction to her thought process.