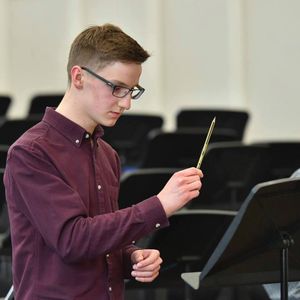 An anecdotal history of classical music presented by 18 year-old composer and writer Jack Pepper. This week Jack discusses a singer who was coerced into performing by being threatened with a bear, a conductor who stabbed a violinist in the eye, and a composer who was so obese that a hole had to be cut into his table. Also included is an orchestra that deserted its conductor… during a performance! All episodes can be heard on www.jackpeppermusician.com. Follow Jack on Twitter @jrapepper and use the hashtag #MusicalMinds.