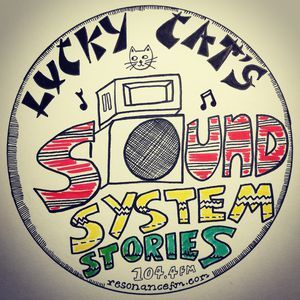 An oral history of UK Reggae sound system culture. Interviews with sound men and women from the UK scene. Presented and produced by Zoë Baxter. Episode 6: Gladdy Wax. The legendary Gladdy Wax (aka Mr Vinyl Fingers) is one of the UK's most highly respected revival selectors and sound men. He has been running his own sound system for over 40 years, and is also a formid­able MC and singer. Gladdy was a DJ for Birmingham's Quaker City sound in the 1970s, and released records in the '80s under the names Gladwin Wright and Glady Wax.

Respect and blessings for a great interview Zoe and the humble legend Gladdy !!