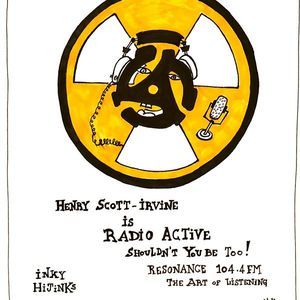 Eddie & The Hot Rods, The Beach Boys and Pj Harvey.

A weekly arts magazine show in which filmmaker Henry Scott-Irvine (https://twitter.com/TalesPan) looks at independent cinema, music and arts. This week: Henry talks about our polluted and vanishing rivers with Dr Tom Bolton. He also speaks about our disappearing streets in cities internationally, all due to property redevelopment. Animator Kevin Baldwin describes his work with the late Bob Godfrey and their collaborative work on Henry's Cat, among others, while tributes this week are paid to rock singer Barrie Masters of Eddie and the Hot Rods and Cream drummer Ginger Baker who originally emerged in the early 1960's with The Graham Bond Organisation.