Architecture Culture - 20th May 2020 (Visions of the Past and Future) 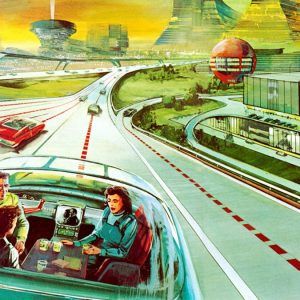 A monthly show looking at how architecture is represented in culture – Alex Fitch talks to artists, curators, film-makers and writers who have contributed to unique representations of architecture in different media. This month: Visions of the Past and Future. Architect Susanne Tutsch (Erect Architecture) talks about green and inclusive designs influenced by the work of John Tradescant and the Vauxhall Pleasure Gardens. Also, Alex talks to documentary film-maker Brett Ryan Bonowicz about the work of cartoonist Arthur Radebaugh who designed visions of the future in his 1950s newspaper strip Closer Than We Think. Visit panelborders.wordpress.com for more information.