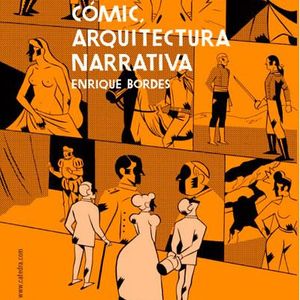 A monthly show looking at how architecture is represented in culture – Alex Fitch talks to artists, curators, film-makers and writers who have contributed to unique representations of architecture in different media. This month: Architecture and Comics. Alex talks to Sean Azzaopardi about his graphic novel The Voice of the Hall which depicts the history of Hornsey Town Hall, from its conception as a public building to the present day. Also, Enrique Bordes discusses his book Cómic, arquitectura narrativa, which investigates the many depictions of architecture in comics and graphic novels throughout the 20th Century. Recorded at Waterstones, Crouch End, and TORCH, Oxford. Visit panelborders.wordpress.com for more information.