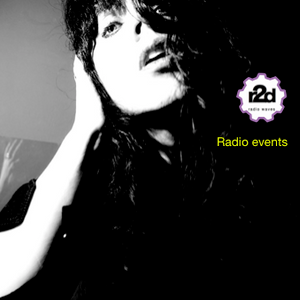 An hour set from Beta Evers as part of the 'Women In Music' all day International Woman Day on www.report2dancefloor.com

Enzler began writing and performing music by the age of 16, as a part of the German Punk/New Wave movement. She had two releases produced on her own label in the mid/late 1980s with her all-female band Pervers.
Studied sociology and organized events in her hometown Augsburg, making music in 2000 under the name Beta Evers. In the year 2000, she founded the electro collective Kommando 6. In 2001 she created a new label Kommando 6.

Besides her solo-projects, Beta Evers has collaborated with Dystronic performers Black Spider Clan since 2002. In 2006 she closed Kommando 6 after 20 releases and then started 2 new labels Bodyvolt and its sublabel Venus Noir.
Since early 2007 she has regularly worked with Gerald Donald from Detroit, Penélope Martín from Spain on a project called Zwischenwelt.