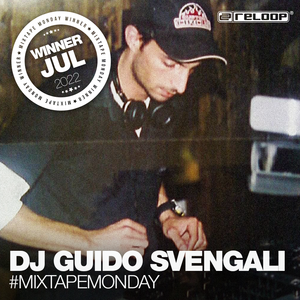 DJ Guido Svengali started DJing in the 90s under the name DJ Guizmo with Techno at underground raves and later with Goa Trance, Psy, and at the end of the 90s with Progressive House and Progressive Trance. He played in some of the hottest clubs (in some of them as a resident) as well as festivals all over the Iberian Peninsula and organized parties in clubs and in the woods. Nowadays, Guido Svengali likes to tell a story by being eclectic and progressive in his DJ sets. Svengali (meaning) 'who exerts a controlling or hypnotic influence on others', 1914, after the eponymous character in the novel 'Trilby'. According to the book’s publication in 1894, the word 'Svengali' refers to a person who, with evil intent, dominates, manipulates, and controls others through hypnosis. In court, the Svengali defense is a legal tactic that portrays the defendant as a pawn of a larger and more influential mastermind. DJ Guido Svengali, controls the dance floor with his hypnotic sets!
Link in comment.

The HouseMaster DJ Grant Smith2mo ago

Thank you guys!!!!Pretty excited to use the Tape on my next recordings ;)