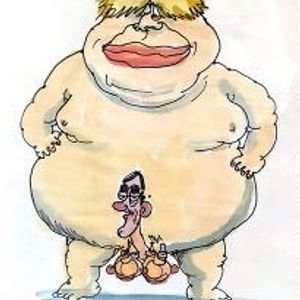 Join our intrepid duo as they manage to get themselves locked out of the studio, before unleashing a show of such ramshackle fuckwittery it left those who heard it in a state of extreme arousal (see picture). Includes tracks from Kill The Crow, Chairman Maf, Petrol Girls, and three rather splendid tunes off “As You Were”, the rather splendid new album by the rather splendid Pete Um. Picture credit - Martin Rowson.