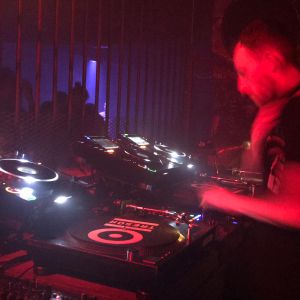 This show was 42nd in the global techno chart.

One of techno’s most dedicated warriors, Jamie Behan has been an unrelenting figure at the centre of Irish electronic music for over two decades and is widely acknowledged as the godfather of the techno scene in his home city of Cork with his long-running club night and label “Bastardo Electrico” hitting the big “20” next year.

Despite being a techno heavyweight, Behan’s sound stretches across old school Chicago house, electro, old-school rave & further. A “DJ’s DJ” who has brought his intense but eclectic and funky brand of techno to clubs & festivals such as Tresor, Griessmuehle, Corsica Studios, Meat Free, Dimensions Festival and many others.

Jeff Mills Berlin!!!! What a banger!

Deadly epic mix, no prisoners taken from the first second - raw Techno power and pace, as good as it gets :)