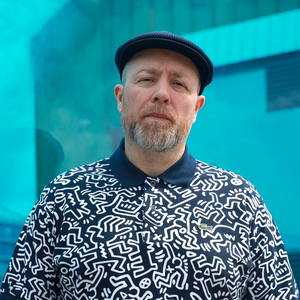 It's been a great year of mixes and who better to kick of the closing parties than the mighty Ben Sims.

A stalwart of the Techno scene for over 25 years, he has a well-deserved reputation as one of the world's leading techno DJ's - a tight, energetic mixer who skilfully weaves together his own distinctive blend of tough funk and hardgrooves.

From early days spinning Hip Hip, House and Rave on pirate radio, through the 90's as an in demand DJ, and becoming a Techno legend in his own right.

Ben’s music has graced labels such as Tresor, Drumcode, while also founding many cult imprints, including Theory, plus a stream of high profile remixes over the years. Ben recently featured on the special EPM 20 EP release with Rob Hood, James Ruskin and Mark Broom.

Sims has always been keen to evolve. With Kirk Degiorgio, he runs the superb Machine night in London. Their next instalment on the 23rd July features James Ruskin, Blasha and Allatt along side Kirk and Ben.

That Random XS remix is wicked