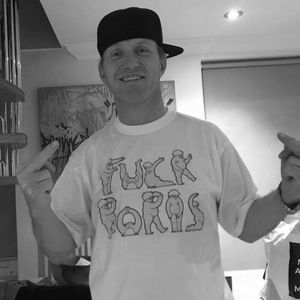 Carrying on celebrating our birthday, we’re running a special Saturday session with two of the groups favourites Murf and Choci who’ll be digging deep into their extensive collections for some serious tunage and proper wallop!

First up is Choci who's given us a lovely mix of classics old and new,.

Coming out of punk, spending in NYC as part of the B-Boy scene and a member of the infamous Tonka crew, Choci cut a furrow through the club scene that included the opening of the legendary 'Chocis Choons’ one of the mainstays of the underground London record shop scene. With releases on Hooj Choons, Stay up Forever, React and many more he proved he was a dab hand in the studio as well as behind the decks. Also as Choci-Roc a respected graffiti artist and key member of Team Robbo.

Some great vibes, nice one choci

fantastic from start to finish...brilliant

Rocking it once again- great set