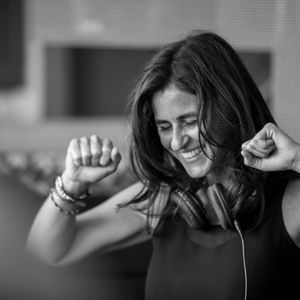 This weeks wicked Wednesday mix comes from a favourite of many of us and another legend of the techno scene Misstress Barbara with a wicked 100% vinyl mix celebrating the best of techno from around the millennium. So all you fans of Ultimate, tortured, atomic jam, voodoo, primate etc are going to love it!
An award winning Dj also having shattered the glass ceiling as one of the first successful international female DJs, Barbara has had a long, successful career with behind the decks and in the studio.
With a string of releases on labels such as Intec, Primate, Bedrock, Rotation plus her own excellent Iturnem imprint, Barbara’s also released solo albums, music for tv and produced other artists as well as working alongside people such as Bjork, The Prodigy, Coxy, Hawtin and more.
The mix goes live Wednesday @ 8pm - tell your friends!
https://www.mixcloud.com/Real_Techno/

This is incredible... my body is literally taking over 💃💃💃💥💥💥

We need her back!

Join us for lots of music, chat, streams and mixes https://www.facebook.com/groups/therealtechno

That first 🔥🔥 tracklist please great tunes and set from the legend