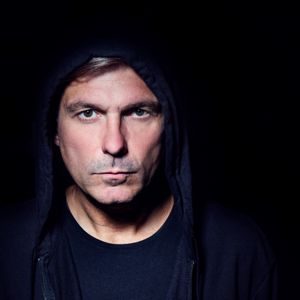 After last weeks superb Shiva Shanti party with Fabi Paras, we are again over the moon again to present another special guest for wicked Wednesday Darren Emerson!

He’s given us a storming two hour mix featuring quality throughout, new tracks, classics, bangers and some unreleased material from the man himself

What is there to say about Darren that hasn’t been said before, global DJ, gigging by 16, part of the early Boys own collective, resident at Open All Hours and of course part of one of the biggest and most influential dance/techno acts in dance music history - Underworld. After leaving underworld Darren continued in the studio working with people like Bjork & The Chemical brothers and on his seminal Underwater label.

With a series of lauded mix cd’s on Global Underground,residencies across the globe including the legendary Underwater nights at Pacha plus his packed London Techno night with Dave Angel “Twisted Funk” , this was swiftly followed by the launch of Deltone,

this track brought me back to my raving youth!

Quality mix. Flawless. wish it was in the old Redbox in Dublin or Art college in belfast.

I've had this on repeat! Superb stuff Darren!