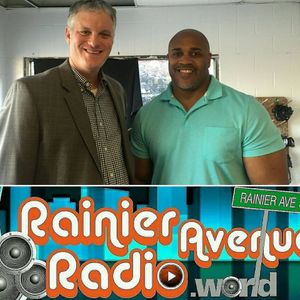 UW Football great and retired NFL player Greg Lewis appeared on ‘Sports & Stuff’ as a guest with Paul giving his thoughts on a wide range of subjects in football-everything from NCAA issues to Roger Goddell to the Kaepernick controversy.

Sports & Stuff airs every other week on Rainier Avenue Radio at www.rainiervalleyradio.world or on TuneIn.