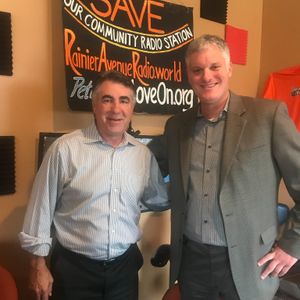 Legendary NHL Player and Hockey coach Dave Tippett details his new role as a senior adviser to OVG in bringing an NHL team to Seattle.

Sports & Stuff hosted by Paul Schneiderman airs every other week at noon on Rainier Avenue Radio at www.rainieravenueradio.world or on TuneIn.