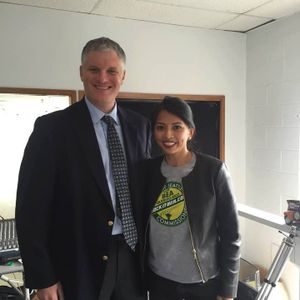 In Paul’s first episode he interviews Port Commissioner 1 candidate Bea Querido-Rico discussing multiple issues with a major focus on the proposed Sodo arena for a possible NBA and/or NHL team to play in Seattle.

Sports & Stuff airs every other week on Rainier Avenue Radio at www.rainiervalleyradio.world or on TuneIn.