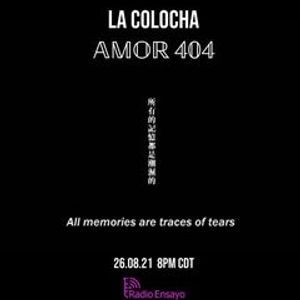 La Colocha (@ocelomaitl) began collecting and selecting records while living on the US-Mexico border, spinning in bars, parties, and cantinas in the center of Ciudad Juarez. Raised in Queens, NY, her love of boogaloo, salsa, and Afro-Latine rhythms grew from sounds emanating from her neighbors windows and the beats booming from car radios speeding down her block.

La Colocha also found resonance in her mother's roots via the Sonidero tradition of Mexico City, instilling an insatiable appetite for cumbia sonidera and exposing her to mambo, guaracha and danzón. These experiences weave the sonic tapestry La Colocha emits in each of her sets to move the hearts and bodies of the people who hear her play.