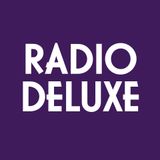 RADIO DELUXE with John Pizzarelli & Jessica Molaskey is a non-commercial program heard weekly on radio stations across North America and worldwide on the Web.

JOHN PIZZARELLI, the world-renowned jazz guitarist and singer, was called “Hip with a wink” by Town & Country, “madly creative” by the Los Angeles Times and “the genial genius of the guitar” by The Toronto Star. When he performs with his wife, singer/actress Jessica Molaskey, and his father, guitar legend Bucky Pizzarelli, they were labeled “the First Family of Cool” by the San Francisco Chronicle and “the von Trapps on Martinis” by The New Yorker. According to The New York Times, “The Pizzarelli-Molaskey duo are as good as it gets in any entertainment medium."

JESSICA MOLASKEY is a veteran of a dozen Broadway shows, including the revival of Sondheim’s Sunday in the Park With George, Parade, Dream, Tommy, Crazy for You, Les Misérables, City of Angels, and Cats. She also performs at major venues with her husband.