The Black Keys: A Collection Vol. 1 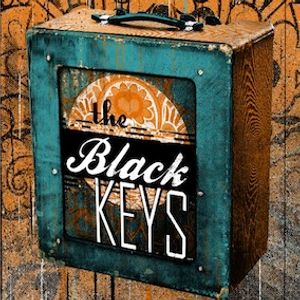 The Black Keys: A Collection Vol. 1by radiodave

The Black Keys originally appeared to be a couple of 'musical luddites' with their embrace of lo-fi 'dirty' blues & their reluctance to record in a purpose built studio, fortunately each new release has seen a more sophisticated approach developing, enhanced by the involvement of Brian 'Dangermouse' Burton. Propelled by drummer Patrick Carney & fronted by lead guitarist/vocalist Dan Auerbach (cousin of the equally eclectic now deceased Robert Quine) they have created a great body of work over such a short period of time & they never fail to impress with their diversity. Jack White would have you believe their success is based on ripping him off, but I see more Juniour Kimbrough, Howlin Wolf, Gary Glitter, Marc Bolan, Pink Floyd, Led Zepp, Paul Rodgers & Prince in there than I do Jack White. They have been influenced by many, but as Dylan showed it's when you make something unique out of it, that's what counts.

The older I get the more bands I find I appreciate!! .......If this hadn't been emailed to me via Mixcloud I wouldn't have listened to The Black Keys! Thanks 'radiodave' for sharing ;)

Thanks, Adelina, glad you enjoyed it.