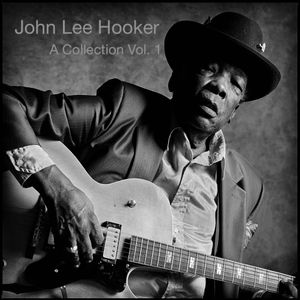 John Lee Hooker ’the king of the boogie’ & the epitome of cool, a giant of the blues.
Stepfather Will Moore a contemporary of Charley Patterson & Blind Lemmon Jefferson taught him how to play the guitar. Pursuing his destiny he ended up in Detroit building cars by day & playing the blues by night creating a primitive no-nonsense iconic style with a deft sense of timing. He finally caught the attention of Modern Records & Boogie Chillen gave him success on the R&B charts continuing through the next 50 odd years. His crossover success with white audiences only happening when along with other blues musicians he was adopted (& plagiarized) by 60’s UK musicians who had become inspired by the blues.

Excellent and just in time to prepare me for The Tenby Blues Festival..this coming weekend. Thanks xx

Great and just in time to prepare me for The Tenby Blues Festival this coming weekend. Thanks x

Have a wonderful time at the festival & hope you are doing fine.