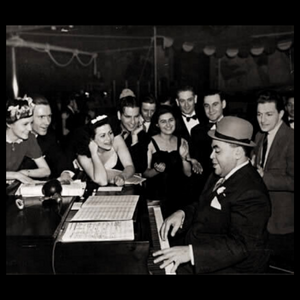 At age 6, Waller started taking piano lessons from his mother, Adeline Locket Waller, then graduated to playing organ in the church where his father, the Reverend Edward Martin, was the pastor. At 15, he dropped out of DeWitt Clinton High School and became the organist at the Lincoln Theater in Harlem. The theater paid him $32.00 a week.

Fats Waller wrote or co-wrote 400 songs & recorded scores of songs by other artists. He also wrote for Broadway and performed in movies, but for today's exercise the focus is on his work that helped lay the groundwork for jump blues, early rock'n'roll, & modern jazz piano.

Route 66 is "your cruise through the blues, jump, R&B, boogie-woogie, early rock'n'roll, and jukebox jazz" is broadcast Sunday from 7:00 to 9:00 a.m. Eastern on WRFG 89.3 FM in Atlanta & worldwide over our free app & WRFG.ORG.
Facebook @wrfgRT66 Blog: route66wrfg.org