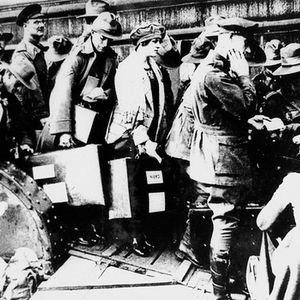 The Australians in WWI were mostly heroic and after the debacle of Gallipoli in 1915 many thought it could not be worse, but it was as is demonstrated by the huge casualties on the Western Front in 1916. The worst year was 1917, coincidentally 100 years ago, and 1918 was almost as a bad. The consequences for Australia after the war were also enormous and still felt today.
Philip Castle is a retired journalist and amateur historian who has travelled twice to both Gallipoli and the western front. In his talk he will examine these campaigns with an emphasis on the western front and will also examine what happened to Australia post 1918. He served in Vietnam during the conflict there for two years, was a print journalist, head of the Australian Federal Police's Public Affairs and for 15 years until his recent retirement was a journalism lecturer at QUT.