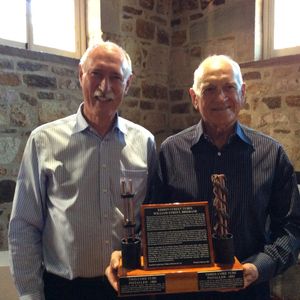 Research Engineers, Brian Becconsall and Stuart Wallace from Engineering Heritage Queensland (EHQ), will give a talk on the early history of Electric Lighting In Brisbane.

In 1880’s, following on from experience in London and New York, underground electricity mains invented by Thomas Edison were laid in William Street in Brisbane. In February this year, large sections of these mains were recovered and samples will be sent to museums around Australia and the world. These tubes were invented in 1891 by Thomas Edison in the USA, and used in Brisbane to connect the Government Printery power station to new electric incandescent lighting in Parliament House in 1896. Superseded and abandoned in 1906, they were rediscovered in 1992, and in Feb. this year, large sections were removed for the Queens Wharf project. Samples are being organised for Parliament House, and local and overseas museums, including the RHSQ.