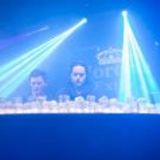 Never miss another
show from RE.NO 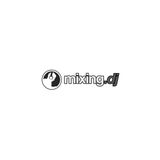 Remi Nordhaug, better known as RE.NO, started his career in late 2010.
Only after a month as a DJ, he already got offered residency at one of the biggest clubs in his hometown.
2 years later, at the age of only 21 years, he has already played for most dance floor as the home city has to offer.

RE.NO plays uplifting and catchy House music with a rhythmic character of funky and groovy elements.

This young talent was first discovered for his full potential when he participated in the world's biggest DJ competition, Movida Corona. As he fought his way through the preliminary rounds, winning the national final.
This gave him the opportunity to compete as Norway's representative, against 22 other countries in the grand world finals.
Despite the high level of opponents throughout the competition, he finally found himself on top of it all, as the winner of Movida Corona World Grand Finale 2012.

Check out http://www.facebook.com/RE.NONorway for more!