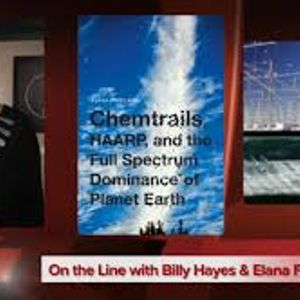 Many Facebook and radio audiences have sought Billy Hayes’ expertise for years without fully realizing the price he paid for his extraordinary expertise. Billy is known as “The HAARP Man,” the tower erecter whose entire life has been shadowed by U.S. government agencies and the defense contractors that work for them. Billy is an MK-ULTRA survivor. His father worked for one of those government agencies and so Billy was made to spend several years at the juvenile reform institute known as the Arthur G. Dozier School for Boys in Marianna, northern Florida. (In 2010, 30-some graves of “White House boys” were found during an investigation.) In 1962, Billy left the school and was sent to Niceville High School in Niceville, Florida where he missed a lot of classes while being programmed and trained in electronics and electromagnetics MK-ULTRA-style.