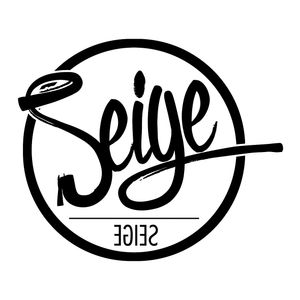 SEIGE "BIO":
SEIGE, pseudonym of Massimiliano Stangoni (1990 Bracciano, RM) is a Italian Disc Jockey & producer.
He began his career with DJ at the end of the first decade of 2000, performing for several clubs and Discotheques in Northern Italy, more precisely in the Veneto region.
Versatile artist, ranging from electronic music to the hardest and most marked sounds like Techno.
Since 2014 he has been working as producer on several record labels under "Massimiliano Stangoni" and from 2017/18 he started a new musical path under the pseudonym of SEIGE.
Supported and Feedback by: Massimo Meglioli /// Pirupa /// Carlos Beltran /// Anomalize /// Ruben Zurita /// Get Far (Fargetta) /// Luigi Madonna /// Tone Of ARC /// Richie Hawtin /// Cristian Varela /// Marco Carola /// Airbas /// Kill The Frequency /// Steve Lawler /// Uner // Paco Osuna and many more