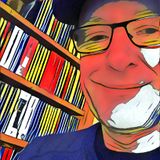 Andrea True Connection is on Soulful Disco Grooves From The Crates!

During her heyday as a porn actress in the mid-seventies, Andrea True (Andrea Marie Truden) was hired to appear in a commercial on Jamaica. During her stay there, a political crisis gripped the island, and no one was allowed to leave with any money. Not wanting to lose her pay from the ads, True asked record producer Gregg Diamond to travel to the island and produce a track for her. She would finance it locally, using the money from the commercial. Diamond arrived with More, More, More in his bag, to which True added her vocals. It was later remixed by disco pioneer Tom Moulton. More, More, More ultimately reached #4 on the US Billboard Hot 100 and #5 in the UK in 1976. It was only a minor hit in the Netherlands. True died on November 7, 2011, at a hospital in Kingston, New York. She was 68 years old. The cause was given as heart failure.

Gregg Diamond is one of my top Disco producers. The first two Bionic Boogie and the excellent Starcruiser records are excellent! I heard he passed in 1999 from an ulcer. Not much is known about him as I can't find anything bur general info.

Thanks for letting me know, Jeff! I like Dance Little Dreamer by Bionic Boogie a lot. It's news to me that he has passed away 20 years ago. I didn't know that.

Have been listening to PROF EDDY for a few years now without posting a comment. Don`t think there has ever been a mediocre podcast. Always looking forward to the next one. Music from an era that still sounds fresh and alive today as it was then. Keep them coming .......

Thank you so much for your comment, Keith! That's really nice to read.

Support Professor Eddy by subscribing directly to this channel and get access to exclusive rewards.

My style can be described as intimate funky soul or ‘funky chill’. I'm very proud to have reached 2 million plays on Mixcloud in 2019. Check out my blog for more music www.professoreddy.blogspot.com and join me on Facebook https://www.facebook.com/djprofessoreddy Enjoy!