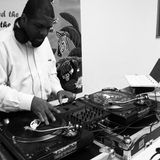 Seko Varner, also known as Grandpa Crunk, is a professional DJ and music producer, among other things......

"Grandpa Crunk" is Seko "DJ Seko Varner" Varner's production alter-ego. The moniker developed as during the early 2000s Seko was DJing a pre-teen party and the youth were surprised that Seko had popular youthful music. One jokingly stated "Grandpa is getting CRUNK" which was followed by the chants of "Grandpa Crunk - Grandpa Crunk..."