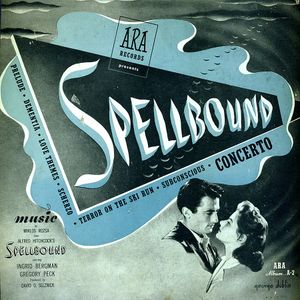 This show was 11th in the global soundtrack chart.

Play Morricone For Me rings in the spooky season with this first show of October, celebrating the 100th anniversary of the theremin. In this episode we trace the theremin from its creation by Soviet Russian inventor Leon Theremin, through its popularization in Hollywood suspense and science fiction films like SPELLBOUND and THE DAY THE EARTH STOOD STILL, and up through renewed contemporary fascination with the instrument.

We're joined by guest Rob Schwimmer, whose virtuosic theremin work can be heard in Ethan Iverson’s “Pepperland,” a full length dance piece for The Mark Morris Dance Group, on Trey Anastasio's album 'Traveler,' and in the original soundtracks for Matthew Barney's CREMASTER 3 and R.W. Goodwin's ALIEN TRESPASS, as well as on his recent solo album "Heart of Hearing."

More from Play Morricone For Me