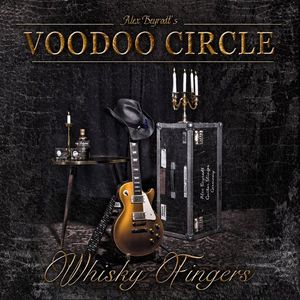 Returning once again to Focus on Metal is guitarist Alex Beyrodt. Alex is well known as one of the guitarists in German metal powerhouse Primal Fear but he also keeps busy doing other projects including his long standing band Voodoo Circle. Voodoo Circle just released their fourth studio album "Whiskey Fingers" via AFM Records and this week we get the lowdown on it. You can immerse yourself in the work of Voodoo Circle at http://www.voodoocircle.de Also this week we engage in a bit of discussion and pay our respects to the legendary Lemmy Kilmister. For those interested there's an official condolence page on Facebook https://www.facebook.com/lemmykilmisterforlife