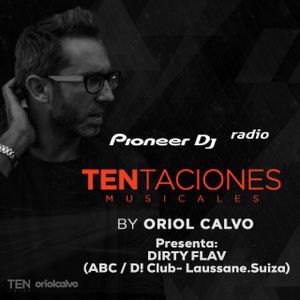 Talent, perseverance and experience are some of the adjectives that could define Oriol Calvo, one of the more established artists of the scene in Ibiza having received 8 nominations in various DJ awards during his career. Having held down a 4 year residency at Space Ibiza plus 2 more as resident at Privilege club, he also hosts his Ten Ibiza monthly residency at Lio Ibiza and the world famous Pacha Ibiza, bringing in artists like Edu Imbernon, Los Suruba, Betoko, Cuartero, Dj Rae . As a producer, he has released tracks on label such as Stereo Productions, Om Recordings and Baumhaus and he has remixed artists such as Miguel Migs. In the last two years he has travelled to virtually every continent in the world playing important events in Brazil, Mexico, Peru, Uruguay, Dubai, Russia and Austria, to name just a few. The Ten Ibiza Radio show is exclusive to Pioneer Dj Radio and will also feature many of the artists involved in the parties.