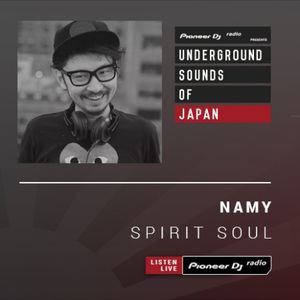 Part of our Underground Sounds of Japan segment. Namy is one of the music producer in Japan, who has been charted 9 of the U.S. Billboard chart. He has released 10 original albums and musics from various overseas labels, such as King Street, Hed Kandi and Milk Sugar. He has collaborated with some of the legendary house music producers, such as Barbara Tucker, Josh, Milan, Kathy Brown, Stephanie Cooke, Marc Evans, and Joi Cardwell. Namy was chosen in the 51st place in the Top 100 Soulful House Artists of 2015 in "Traxsource." Not only he releases music, but also offers his music for the background music inside of aircrafts for STARFLYER, in Fashion or music festivals as well.

Great mix! Love it! Many thanks for including me. :)

Thank you for your greetings!
More mixes are here!
https://www.mixcloud.com/901/