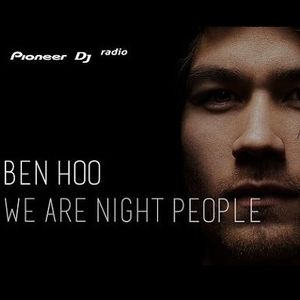 BEN HOO - WE ARE NIGHT PEOPLE #24by Pioneer DJ Radio

This show was 10th in the global tech chart.

How many young producers could say they'd remixed Fever Ray, Moby, M.A.N.D.Y & Booka Shade and Tiga before even releasing a solo single? It's fair to say that Ben Hoo's rise to prominence has been far from typical. After all, it takes true creative flair to carve out a career solely by interpreting the work of others—and London\'s Ben Hoo has done just that. His two subsequent EPs, 'Marea' and 'Modal' for Get Physical sub-label Kindisch, showed his enormous potential as a solo artist, while a further artist compilation, 'Collected', for the imprint has established Hoo\'s place among electronic music's most promising new talents.