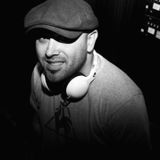 Support Dj Phonse by subscribing directly to this channel and get access to exclusive rewards.

Beginning in his adolescence with an influence of Hip-Hop, Funk and R&B, Phonse, takes his first steps in the mix at El Parador Solanas Punta del Este, Uruguay. Continuous his career at the Union Bar. Later on at La Morocha Club in Buenos Aires. In 1999, after a promising start, he goes to House Music and starts to plan and manage events. After doing the "Fila Sessions", he plays at Odeon Bar for a season. Phonse has been also the producer and host of The Naked Lunch Radio Show at the Funky & Soul Station.
He has worked in B.A. with brands like Le Coq Sportif, British American Tobacco, Lucky Strike, Jagermeister, Quilmes Beer, Campari, Pineral, Chandon, Adidas, Fila, Skullcandy, Casio G-Shock, Novation, AXN Channel, Mercadolibre.com, Bodega Norton, Bodega Septima, Tequila Patron, Prosecco Canevari, Bodega Lagarde, Maria Codorniu, among others.