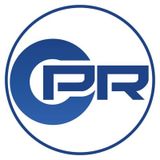 Pete Rann started off as a DJ in 1989 then started making his own music in 1995, gradually building up a respectable home studio. Since then he has appeared on influencial labels such as Good Looking records, Tru - thoughts and numerous others. Known for his unique atmospheric take on drum and bass drawing on inspiration from 80s hiphop, Detroit techno and early rave and house, he has also shown his versatility as a producer over the years by turning his hand to house, techno, nu - jazz and many other hybrids of electronic music. As a DJ he has been luckily enough to perform outside of the UK in Europe and the USA.

Pete now runs his own label Pete Rann music which has so far culminated in four EPs.